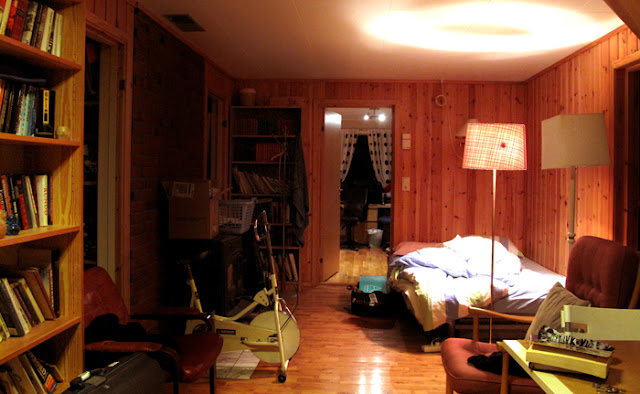 So the week before last, some friends and I went to Norway. We were very kindly put up by the family of a girl I used to share a house with at university. I took some photos while we were there (some of these were taken by Blanca, too). 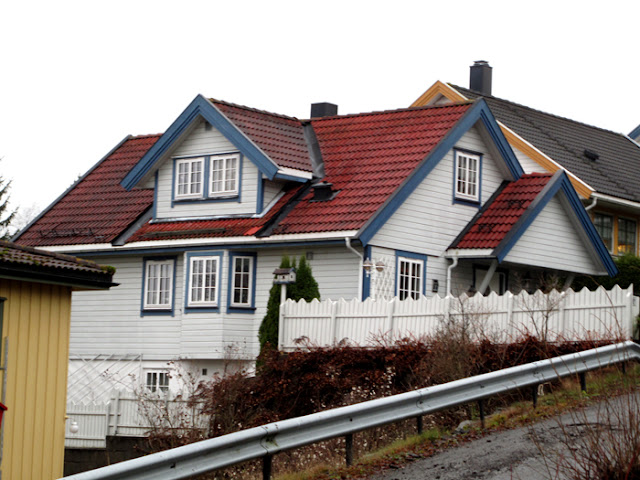 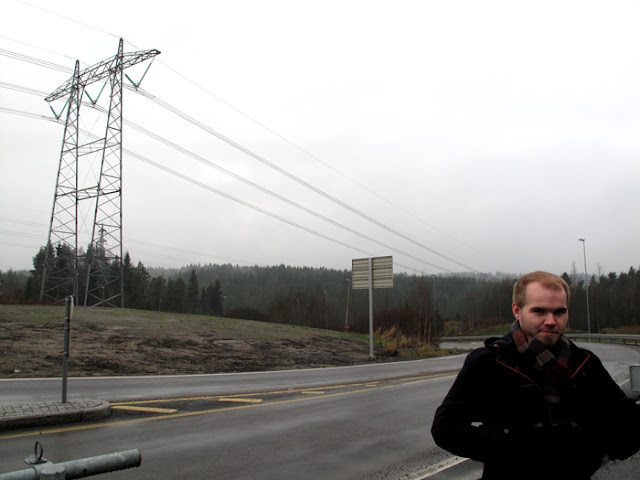 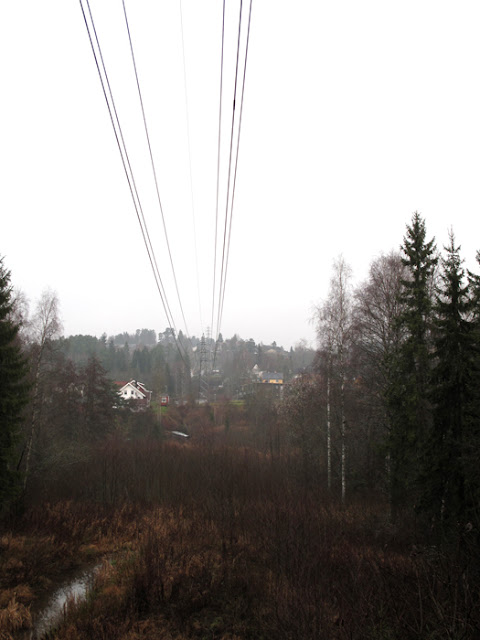 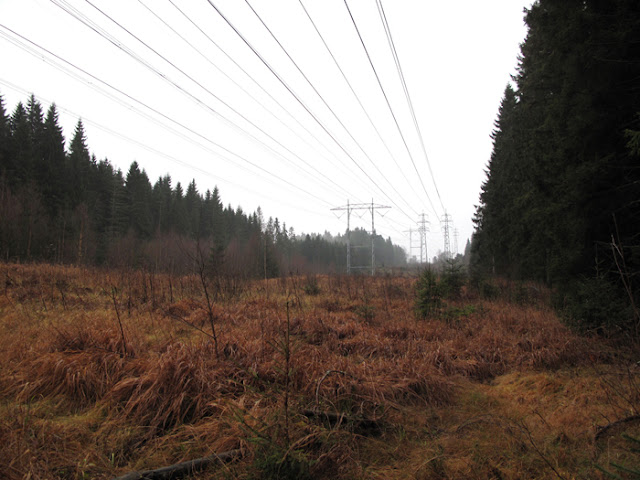 This was a big, ominous clearing cut clear through a forest for some power lines. 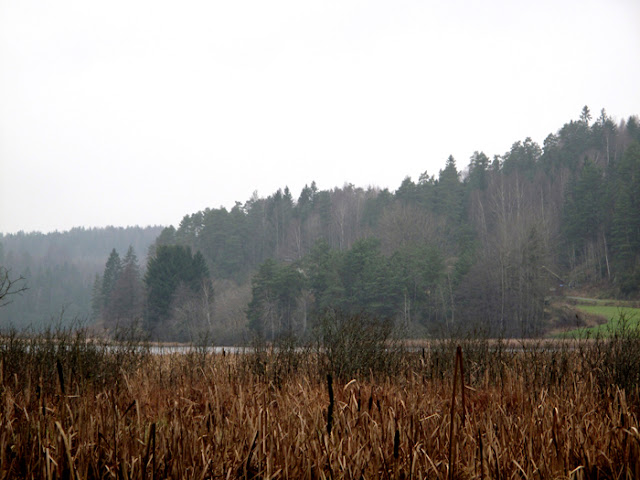 Below are some shots from a sort of outdoor museum we went to, with lots of reconstructed log cabins and other buildings. 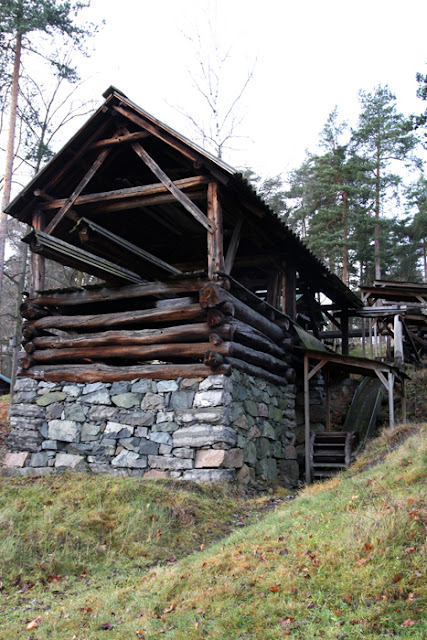 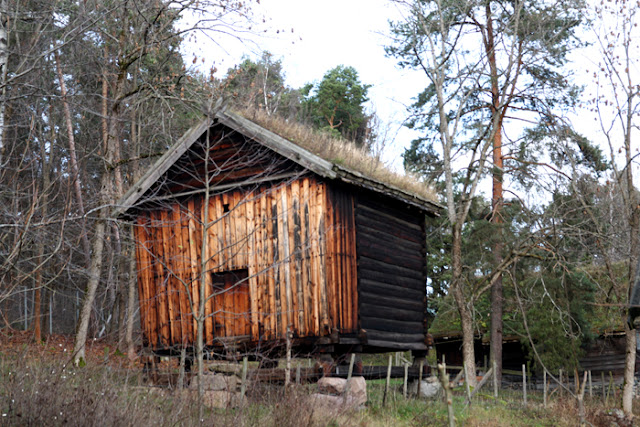 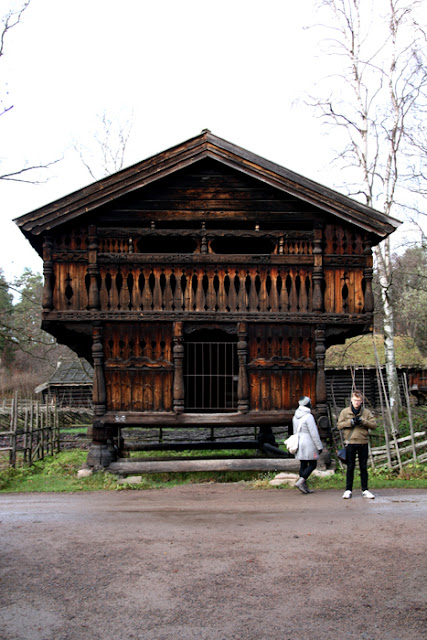 Below is an example of a Stavkirke. The prevalence of wood in Norwegian buildings is really charming, in both a modern and ancient context. New houses are attractively neat and often brightly but intelligently coloured (a bizarre phenomenon if you come from a country like England). The older stuff varies from chunky and rudimentary to fastidiously structured and ornate - the Stavkirke is easily as impressive as any fancy catholic chapel I've seen, achieved without the help of glazed windows or expensive silverware. 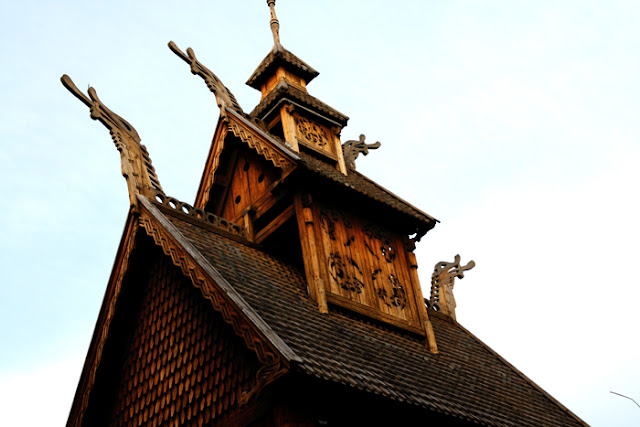 I'm not sure why but I find the toothy wooden roof tiles (here also used on the outer walls themselves) really pretty. Roof tiles in England are so square and standard and boring. 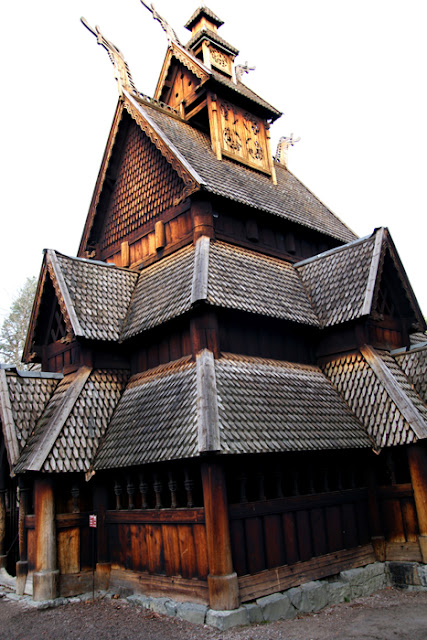 Also with all this old stuff you get some great colours from the wood (which looks to have been tarred with something to keep out the water) - there's a really specific black-red-yellow gradient you get on a lot of the beams. 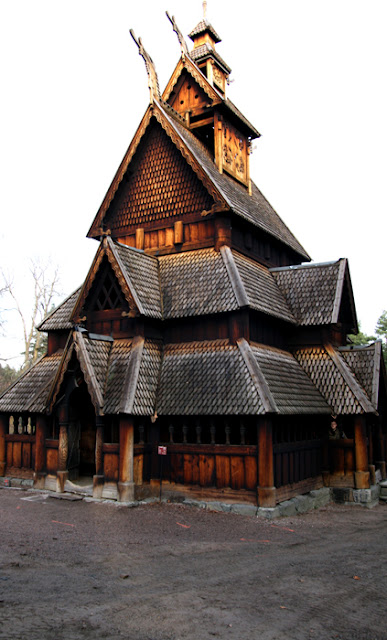 These sculptures are by a guy called Vigeland in a park by the same name. He was a famous Norwegian sculptor who was apparently commissioned by whoever owned the park to fill it with sculptures for about the last twenty years of his life; there are about 200 in total, he died before it could be fully opened. 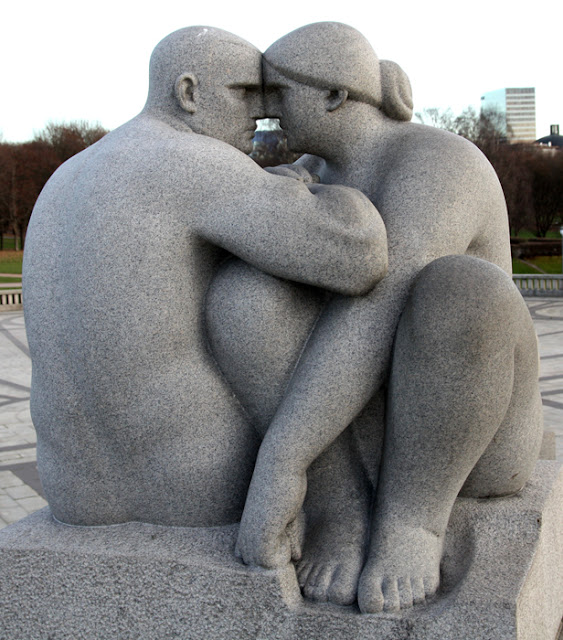 They're famously wacky - a couple in particular, Sinnataggen and this little number, have gained a little online memetic notoriety for their subjects. I really wanted to see Vigeland's park because out of context I couldn't get why someone would make stuff like this. Not in a moral-outrage kind of way, I just couldn't tell if it was a joke, or what. 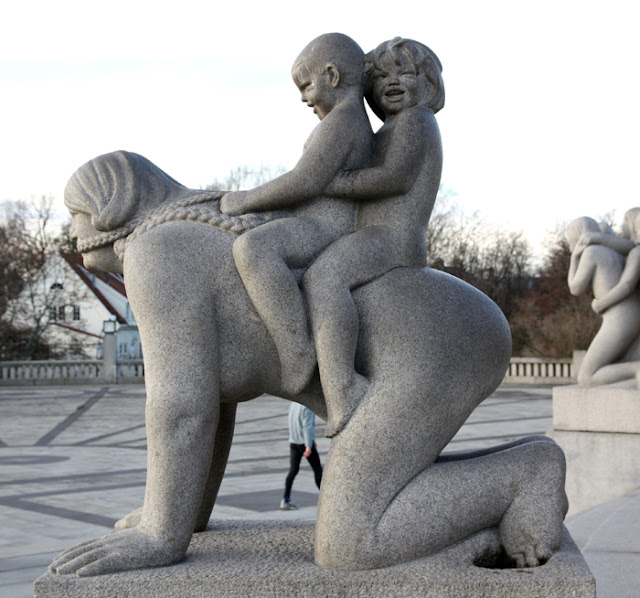 Actually seeing them in person makes a helluva difference, especially the selection of granite sculptures surrounding the terrifying Monolitten (below). Firstly, the sheer number of them is attractive to me - most of the statues populate a single strip of land which cuts through the park, featuring a bridge, a fountain, a lawn and what should probably be called a sculpture garden. It's a really bold and committed statement, with a real sense of population and of life. 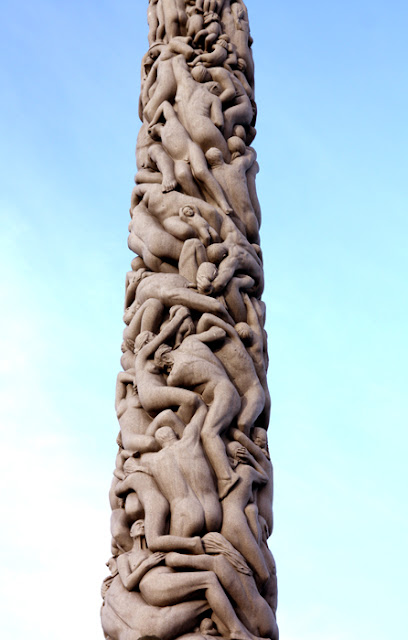 I decided immediately that I liked this guy. The whole park has this "human condition" theme going on, usually focusing on relationships between two or more people - lovers fawning, brothers wrestling, children getting kicked by horses - which all culminates here in this gigantic pillar of struggling bodies (including hapless children and infants, who are as hopelessly entangled as everyone else). It seems as good an expression of humanity as any - loving, squabbling, tragically animalian - but there's something I found quite touching about it. 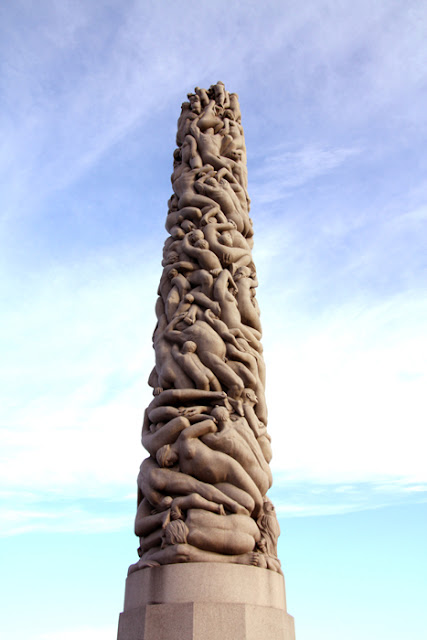