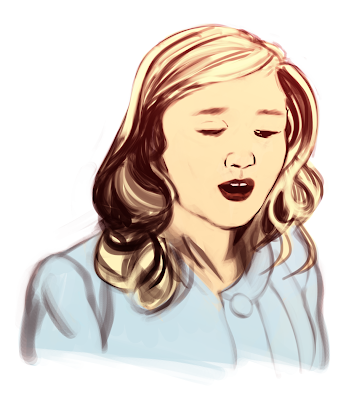 from an article on the bbc's website about jewish culture in modern Britain, presumably from a batmitzvah. Really nice photos on there.

I just read The Great Gatsby for the first time and it's one of those periods where the author can't really help but come off a little anti-semitic. The lone jew in the book is pretty much your stereotypical shylock character who sort of plays his part in the story but isn't fleshed out much. Fitzgerald does make use of a deliciously (questionably?) lovely word, though - "jewess". Something about this opportunistic and maybe a little racist feminisation (is it derogatory? I wonder the same thing about the equally interesting "negress") just has a nice lilt to it.

Thinking about it, the word sort of simultaneously sounds like "monstrous" and "actress" or "princess" - it has a simultaneously earthy and glamorous sound. Anyway, I enjoyed Gatsby a lot.
Posted by Joe Sparrow at 17:50