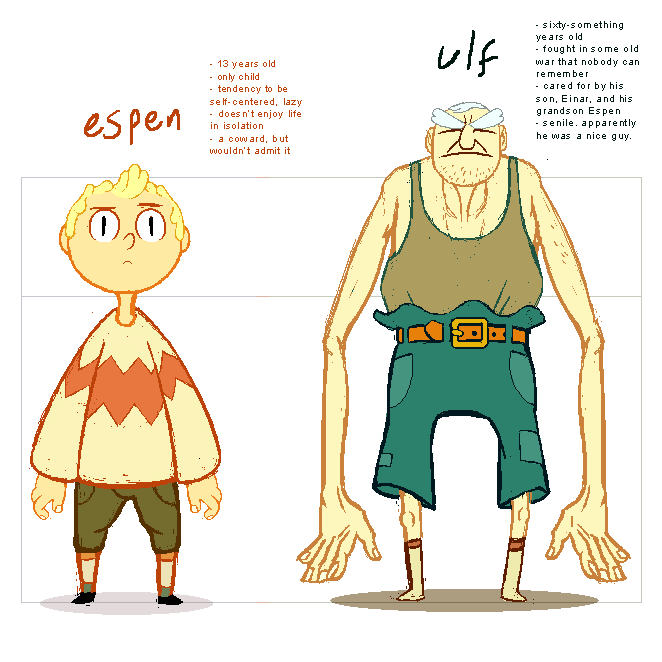 Espen and his grandfather Ulf. Espen's this character I've been doodling for a while to see if it's even possible for me to design a good protagonist, he started off as a weird pointy-hatted-hero-ish character and I've just been meandering about with him aimlessly with this sort of norwegian flavour in mind. What I had before was a little too much like Luke Pearson's Hilda Folk (which I could probably put down to unconscious emulation) so I kind of feel like making the character a bit of a dick now and less of a cute little optimistic guy.

I was considering putting a rant about a specific kind of cutesyness in contemporary illustration here but I think me talking shit about things is in most instances ill-advised, given my lack of experience. It's funny how much of a shrivelled little raisin of contempt I am, I'm hoping that somehow I can play it off as some kind of charming misanthropy and people will like the idea of this comic author/artist that hates everything (you may well have worked this out already).

edit: I really need to get out of the habit of this but I kinda prefer the B&W version still: 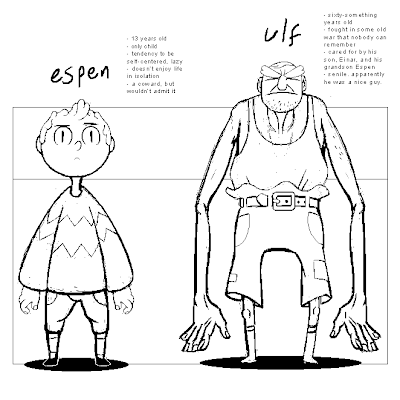