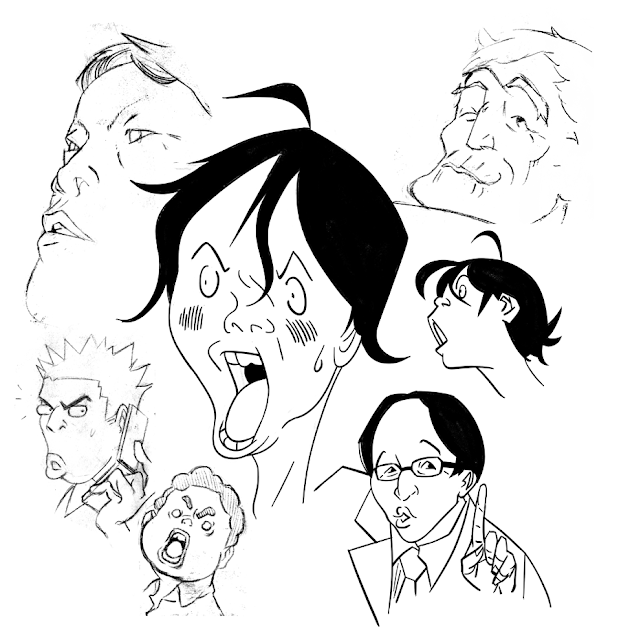 These are all from a manga called Bakuman I've been reading on and off for a while now, my little brother has a bunch of the books at home so I ended up reading a big chunk in a row over the christmas break. This got my appetite going and I've since read about 3/4 of the series online.

I'd really recommend reading it, it's about two guys in high school trying to be mangakas which might sound like it's going to be mediocre but it's actually amazingly well observed in terms of character. People go through various complex and (mostly) believable traumatic experiences and learn from them. It's also deliciously meta for obvious reasons.

It's written by the guys who wrote Death Note, so the art's pretty good too, although I much prefer his silly faces to his bland attractive faces. This manga is a good example of how caricature can be used to uniquely punctuate certain moments. The one in the top left took me a bunch of inking/computer fiddling to get it anywhere near right. Original's here. Shame I didn't draw more of the body, that guy is hilarious.