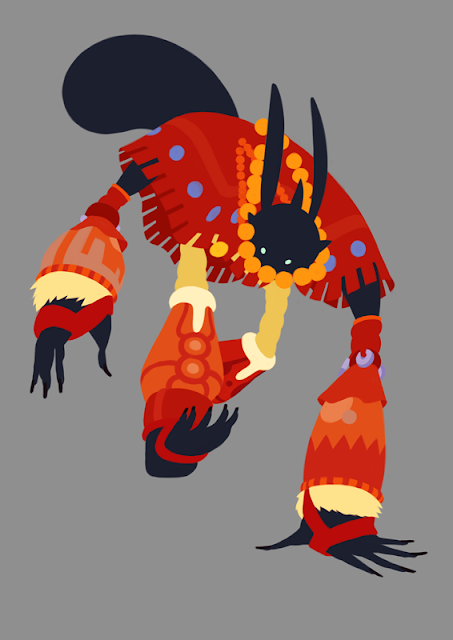 Almost done. i've been doing this in lieu of all the stuff I've actually set myself to do for the last couple of days ahahahahaha.

This is actually me spazzing about to design a race of monsters for the comic I'm writing at the moment. I have a thing with alien creatures where they really annoy me if they're too obviously humanoid (although there is the school of thought that the human "format" might do pretty well on other planets, too). I faffed about some with a more outlandish design where the fingers were tentacles and they had five limbs but I guess there's a specific role they have to fill in the story and it's better filled by a race of bunny-eared raccoon-tailed whale men than by anything outlandish.

the cliché pose feels like something I do a lot but I'm looking at my stuff and I can't find anything like it so it can't be too boring. pleased with the colours, but colouring is fucking easy.

OH i remembered something too they're kinda inspired by those weird cactus-men at the end of nausicaa. remember them?
Posted by Joe Sparrow at 03:17