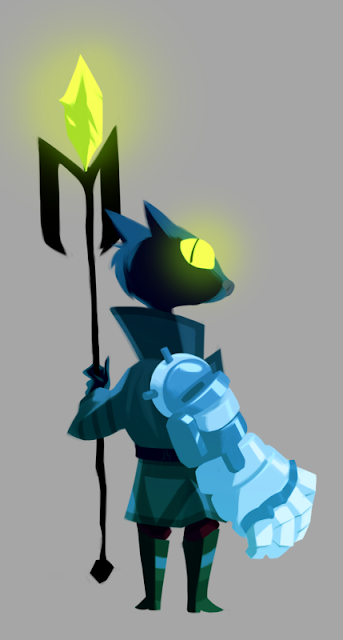 Another one! I might add something to suggest scale - he's supposed to be really short.

Veigar was actually the first champion I properly played in LoL. He's of its resident halfling race, a yordle, but whilst most of them are generally pretty amicable chaps he distinguishes himself by being one of the most evil beings on the planet. He's a straight-up caster character, with a shit-ton of burst damage and some mean cc, and is one of the few characters who can scale infinitely - he gains permanent ability power for every kill, including minions, so in a long game you're going to be melting quite a lot of face.

Don't understand any of the above? Play some LoL with us! It's free and fun and I usually play it with friends on skype.
Posted by Joe Sparrow at 09:42